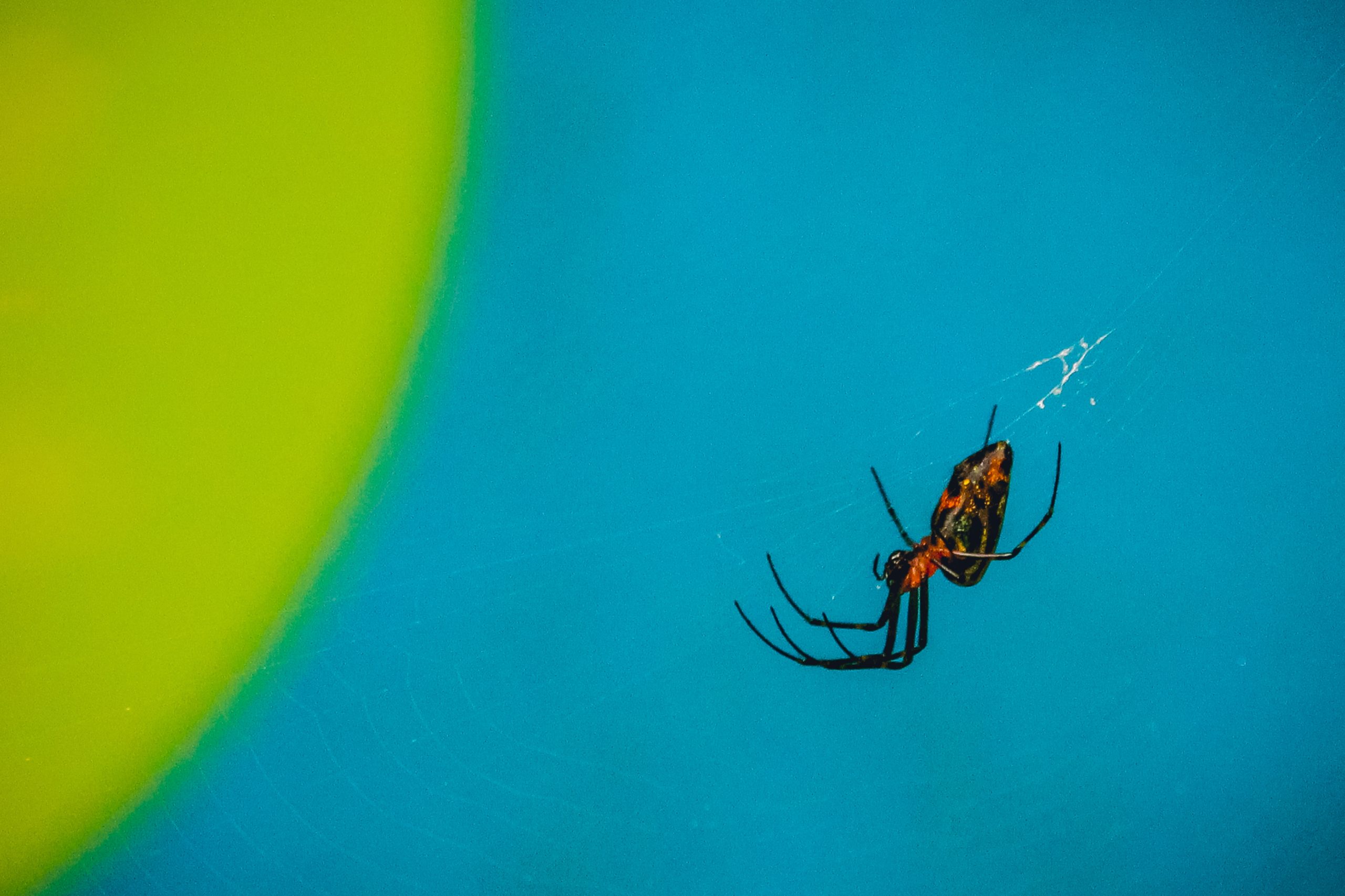 By The Nimbus TeamJuly 22, 2020August 28th, 2020No Comments
It has been a brilliant day at the office (your desk in the corner of the living room) and you come home (to your living room couch) exhausted, ready for a well deserved evening relaxing. As you sit, you look up and notice the eight long, hairy legs of a spider positioned three quarters of a way up the wall behind your TV. You stand up to get a glass and some paper towels (you’re not a killer, you’re just going to move it outside), but when you get back the Daddy-Creepy-Legs is nowhere to be found. Your relaxing evening just became a little less so; as you sit back on the couch you try to not imagine the feel of those delicate little stubs tickling the hairs of your leg.
In the era of mindfulness and meditation we are often told how we can take control of our emotions and change the way we think to become a better, healthier person. (Because not making it to the gym three times a week doesn’t make you feel bad enough – now you also have to do mental exercises daily). We also hear the reverse of that: scientists and doctors telling us about dopamine and neurons that create emotions, and about how genetics and our nutrition affect those physical attributes and thus our emotions.
But which is it?

Researchers in Montreal are looking into the psychoneural translation hypothesis.
Psycho – refers to our psyche or mind, neural – refers to the physical brain. These two work together: countless case studies from Phineas Gage to Henry Molaison demonstrate that our thoughts and actions are affected by the physical nature of our brain. Daily experience, however, tells us that we can think our way into and out of emotional states. We’ve all gotten irrationally angry only to realize we’re out of line and force ourselves to calm down.

To investigate this idea, researchers took a group of people with arachnophobia (an intense, irrational fear of spiders). They started by showing the study participants pictures of spiders (a triggering image) and butterflies (neutral image) while taking images of their brain using an fMRI scanner.
Researchers then put the participants through weeks of Cognitive Behavioral Therapy (CBT), consisting of “gradual exposure-based treatment to spiders using guided mastery and education for correcting misbeliefs about this animal”. After four weeks, the psychologists took another set of brain images while participants viewed the spider/butterfly images.
First of all, I just want to say major props to the study participants who faced something they were intensely afraid of while in an fMRI. Have you ever seen one of those? It’s a million dollars’ worth of claustrophobia:

Secondly, the research found something pretty incredible: the way the brain was physically activated changed after treatment.
There are two areas of the brain that seem to be activated in the participants before treatment that are not activated after. The first area, called the Right Dorsolateral Prefrontal Cortex, is generally known for working memory. It holds information in the forefront of your mind as you think through a situation or fact. The authors speculate that this part of the brain may activated as the patients attempt to regulate their fear and work through what they are seeing.
The second area is the Right Parahippocampal Gyrus. This area of the brain plays a role in memory and is roughly associated with putting things into context. Here, the authors believe that this area of the brain is activated as a defense mechanism – it is putting the spider the participants are seeing on screen into the larger context of fear and avoidance.
These areas of the brain were no longer activated when the participants saw the spider after therapy. Thus, learning a new way to think about a previously triggering object actually physically changed the way the brain interpreted the event, which in turn changed the way the brain told the participants to respond.

You know to never take someone’s word for it. You want to see the cold, hard, numbers. Admittedly, the number of participants in the study was a little on the small side – 12 participants with spider phobia and 13 without (the control group). This makes it a little more difficult to generalize it to the entire population.

A second study was completed on spider phobia and CBT also found that brain activation changes once therapy is successful (The fact that a separate group of researchers were able to come to similar conclusions with a similar experiment is called reproducibility and is a major indicator that these results are applicable to a wider population). Interestingly, the regions of the brain in this second study activated in the phobic participants were different than that in the study I talk about above. This can be due to a host of factors. The take away message, however, is the same – change your thoughts, change the way your brain physically responds to events.

In the first study, participants were asked to rate their fear while viewing the images of the spiders. Before therapy, the phobic participants gave an average “fear rating” of 6.3/8. After therapy, they gave an average fear rating of 0.1/8 – close to the control group’s rating of 0.4/8. The researchers were able to call this significant as the comparison of the before/after rating had a P-value of less than 0.001. That’s an awesome number – typically we like our P-values to be less than 0.05.

(P-values are significance tests that help indicate how often the results we are seeing are do to random chance. In this case, that would mean we assume therapy doesn’t help and that there is a small chance that people will randomly “get over” their phobia. Based on their sample size, the researchers will deduce how often this random occurrence can be expected to happen. Then, they take the numbers of how many people reported that their phobias went away after therapy and compare it to how many people they expect will randomly get over their phobia. If more people report they felt better after therapy than the number assigned to chance, we will get a small p-value. The smaller the p-value, the more we believe the therapy actually played a role in helping participants get over their phobia.)

Anyone working through a phobia or major fear will tell you it is not as easy as just changing the way you think. Indeed, there are many people who have tried numerous types of therapies with no success. We have also yet to determine if the brain or the mind have more control over our thoughts and actions. Could it be different for different situations? That’s a definite possibility.

Until then, we can take refuge in the fact that through learning about a previously terrifying subject, participants were able to overcome their fears. We do have at least some measure of control over the way we react to the world. Now it’s time to pick up the phone and tell your mama she was right: knowledge is power. 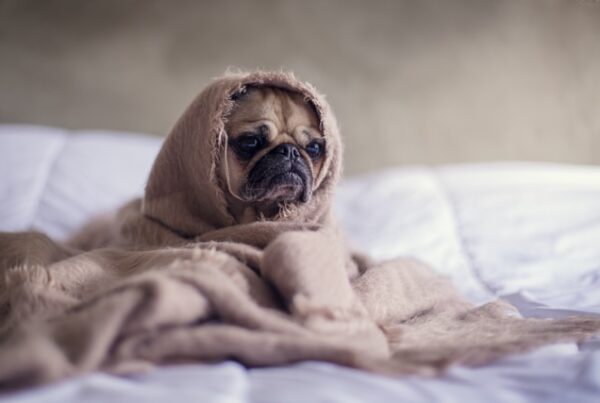 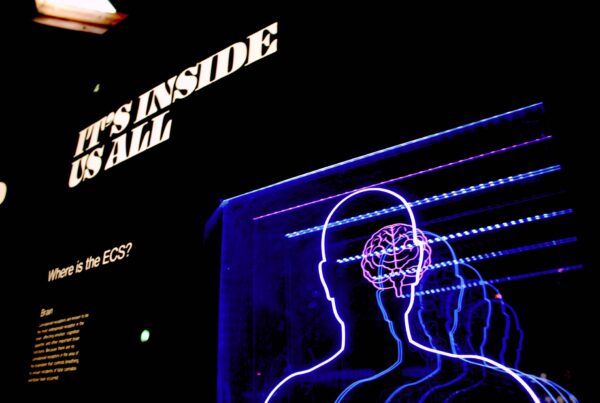 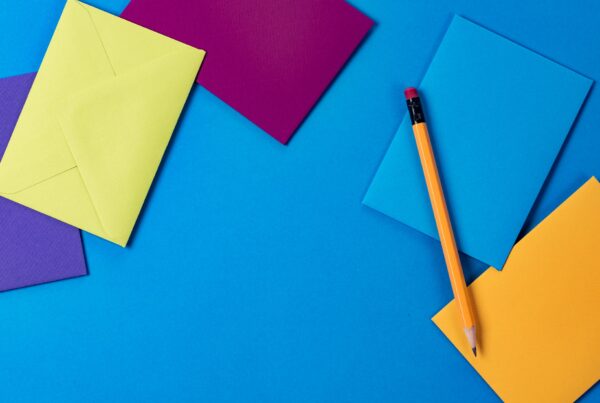